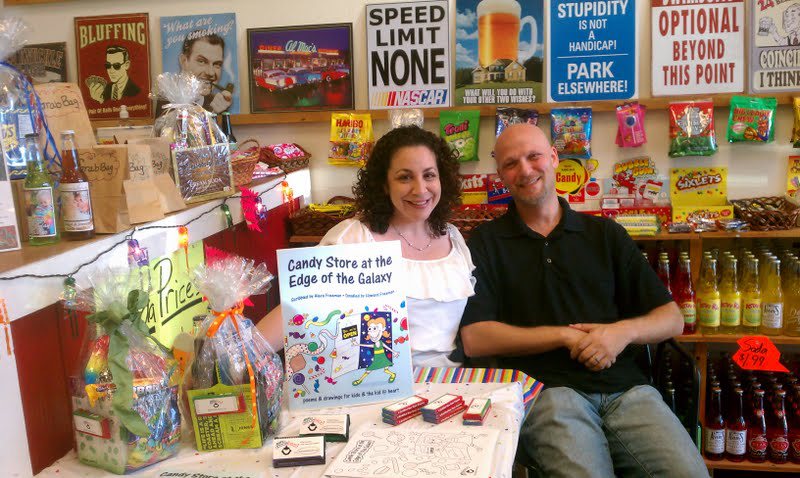 My husband, son and I split an iconic MoonPie for dessert last night and it got me reminiscing about Candy Store at the Edge of the Galaxy, the children’s poetry book I created with my hubbie Howard in 2011.

The book was a labor of love which hopefully elicited a laugh or two from readers. It was fun marketing it in the beginning with a signing at a candy store. We were just a couple of kids in a candy store, high on sugar and hyping our book. At one point, we made an appearance in the Vegas Valley Book Festival.

The poetry book did get some local traction as well as a couple blogger reviews. One reviewer even called the poems Shel Silverstein-ish, which is probably the most awesome thing anyone has said and will ever say to me. On the flip side, a reviewer on Amazon called it “awful poetry … okay for adults not for children.”

I tend to have a twisted sense of humor, so I suppose this was sort of a compliment. Her one-star review, on the other hand, marred our book’s perfect review score. Boo.

Trying not to lose momentum, we commissioned our friend and musician Bryan Scott to turn our poems into songs. He made about four of the poems into songs, each one more brilliant than the next. Here is an example of his musical rendition of Womb as an ’80s-style rap. The song about an embryo “kickin’ it” in his mother’s womb includes additional lyrics by Scott:

Here’s a look at another poem turned into song by Bryan Scott, Strip Poker, about a poker game between a pig, bear, hare and frog. The poem’s theme was criticized as being too dirty for kids. I’m a Vegas girl, born and raised, so I tend to forget that gambling is illegal in most states. I also didn’t think that anyone would be offended by cartoons getting naked. Boy, was I wrong.

Everything was going smoothly until life got in the way. Promoting a book isn’t easy and ultimately our day jobs and day-to-day responsibilities slowed us down. Our efforts faded until our funny little book became a creative fossil.

Looking back, there are a few things I would change about Candy Store at the Edge of the Galaxy. For one, the poetry book only has 12 poems, which is way too short. Since the printed version is so thin, we couldn’t have a title on the spine, so it feels more like a low-circulation zine then a book. In other words, unprofessional. I wish we would have lengthened the book and invested in a hard cover.

I also regret that Howard and I didn’t make the characters more ethnically diverse. As someone who grew up outside the mainstream this really should have been a no-brainer. The drawings are beautiful and vibrant but the people only reflect a small percentage of the population.

One poem I am particularly proud of is Alphabetland. It’s about all the different letters of the alphabet spelling well together, (long before the days of social distancing). To me, it’s about acceptance. It represents the fact that love is love, whether it’s between an X and a Y, an X and an X or any other consenting letter.

I’m also proud that Howard and I worked together on the book and followed through on the project by publishing it. I think we learned a lot about ourselves, our marriage, critics and book promotion.

Want to check out Candy Store at the Edge of the Galaxy for yourself? The book is available for purchase on Amazon.

I'm way too excited about my new shoes. Like I ser

My kitty didn't arrive in her original packaging

My puppy @hersheylicks is such a good babysitter f

Don't let her fuzzy little face fool you. 😻 She 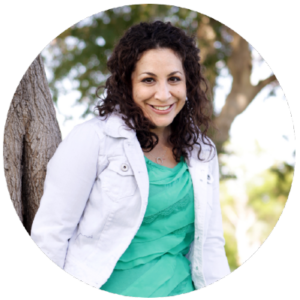 My name is Aleza Freeman. I’m a Las Vegas-based writer and editor living my life one cup of coffee at a time. 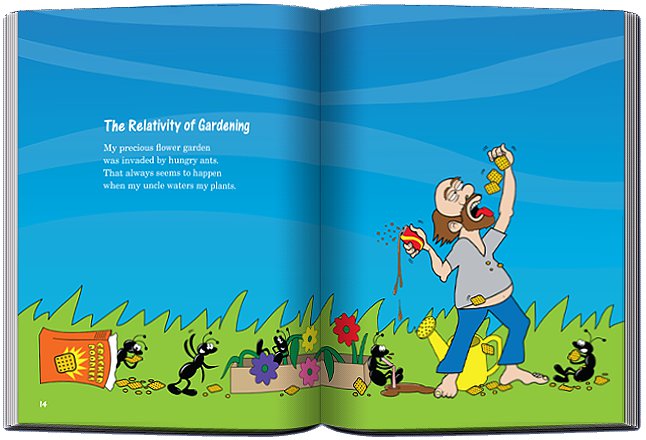